Robert Bruggeworth is president and chief executive officer of Qorvo. Prior to the merger of RFMD and TriQuint to form Qorvo, he served as president and chief executive officer of RFMD from January 2003 to December 2014. He was previously president of RFMD from June 2002 until January 2003. Before this he was also vice president and then president of RFMD's wireless products group. Prior to joining RFMD in September 1999, Mr. Bruggeworth held various leadership positions at AMP Inc., a supplier of electrical and electronic connection devices, from July 1983 to April 1999, serving most recently as vice president of global computer and consumer electronics, based in Hong Kong. He serves on the board of directors of the Semiconductor Industry Association (SIA) and was chair of SIA in 2021. He also serves on the boards of Seagate Technology Holdings plc (NASDAQ: STX), a world leader in data storage and infrastructure solutions, and MSA Safety Incorporated, a leader in the development, manufacture and supply of safety products that protect people and facility infrastructures. He is a graduate of Wilkes University, Wilkes-Barre, Pennsylvania. 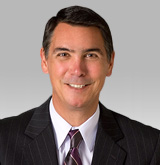 Grant Brown is senior vice president and Qorvo’s chief financial officer (CFO), responsible for finance, investor relations and regulatory reporting. Previously, Mr. Brown was Qorvo’s vice president of Treasury, a position he held since October 2018. Prior to that, he served as Qorvo’s director of Corporate Financial Planning & Analysis (FP&A). Mr. Brown has also served as Business Unit Controller and director of Strategic Marketing at Qorvo. Prior to the formation of Qorvo, he served as director, Investor Relations, and manager, Financial Planning & Analysis, at TriQuint Semiconductor. He began his career working in the capital markets after receiving a B.S. Industrial Engineering (now Management Science and Engineering) from Stanford University. Mr. Brown is currently a CFA® charterholder. 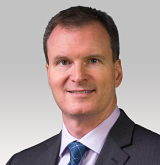 Philip Chesley is senior vice president and president of Qorvo’s High Performance Analog (HPA) Product Group. He is responsible for HPA product marketing, R&D, design centers, pricing, sales and specialized sales support. Mr. Chesley joined Qorvo in November 2021 as president of Qorvo's Infrastructure and Defense Products. Mr. Chesley previously served as vice president and general manager of the Industrial and Communications Business Unit at Renesas. He was previously senior VP and general manager of the Automotive, Mil/Aero and Analog Product Group at Intersil, which was acquired by Renesas in 2017. He joined Intersil in 2004 and served in several executive leadership roles. Prior to that, he was a director at Primarion, a pioneer in software-programmable digital multiphase power architectures. Mr. Chesley earned an MBA from Duke University’s Fuqua School of Management and a Bachelor of Science degree from Brigham Young University. 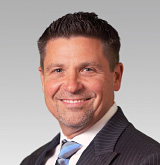 Steven “Eric” Creviston is senior vice president and president of Qorvo’s Connectivity & Sensors Products Group (CSG). He is responsible for CSG marketing, R&D, design centers, pricing, sales and specialized sales support. Mr. Creviston was previously president of Qorvo Mobile Products. Prior to the merger of RFMD and TriQuint to form Qorvo, Mr. Creviston was corporate vice president and president of RFMD's Cellular Products Group from June 2002 to December 2014. He previously served as divisional vice president of RFMD's communication semiconductor division from May 2001 to June 2002, and prior to that he served as product line director of RFMD's Nokia product line. Before joining RFMD in 1994, Mr. Creviston was employed by Teledyne Electronic Technologies in Mountain View, California, from October 1987 to November 1994, most recently in the role of commercial products manager. He received his MSEE from the University of Illinois, Urbana. 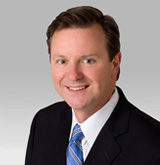 Frank Stewart is senior vice president and president of Qorvo's Advanced Cellular Products Group (ACG). He is responsible for Advanced Cellular product marketing, R&D, design centers, pricing, sales and specialized sales support. Mr. Stewart was previously general manager of the RF Solutions Business Unit within Qorvo’s Mobile Products (MP). Prior to the merger to form Qorvo in January 2015, Mr. Stewart was director of Marketing for Cellular Products and prior to this was senior Product Line manager for GPS Products at RF Micro Devices (RFMD). Mr. Stewart joined RFMD in 2001 and also served as RFMD’s account manager for the Nokia Product Line and previously as manager of Strategic Marketing. He earned a BSEE from Grove City College and an MBA from Duke University. 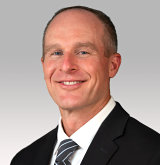 Dave Fullwood is senior vice president of Sales & Marketing, responsible for global sales and corporate marketing. He was previously vice president of Sales and Customer Applications Engineering for Qorvo Mobile Products since 2015. Prior to the merger of RFMD and TriQuint to form Qorvo, Mr. Fullwood served as vice president of Sales for RFMD’s Cellular Products Group, Product Line director, director of Sales and Business Development, Global Account manager and Regional Sales manager. Before joining RFMD in 1999, Mr. Fullwood served as a Nuclear Submarine officer for the U.S. Navy from 1992 to 1999. He earned a Master of Science degree in Engineering Management from The Catholic University of America and Bachelor of Science degrees in Architectural and Civil Engineering from Drexel University. 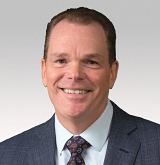 Paul Fego is Qorvo's senior vice president of global operations, responsible for internal and external wafer fabrication, assembly & test technology and manufacturing. Mr. Fego joined Qorvo in July 2018 and was previously vice president and manager of the Worldwide Manufacturing group at Texas Instruments (TI). In his previous role, Mr. Fego managed all of TI's wafer fabrication, assembly and test operations in nine countries. He started his career at TI as a manufacturing supervisor in 1980, rose quickly through the ranks to become manufacturing manager and then left in 1989 to become operations director at ST Microelectronics. In 2002, he became president and chief operating officer at Photronics, Inc., a global leader in photomask solutions for companies that manufacture semiconductors, flat panel displays and other electronic components. He was recruited to return to TI in 2005 to lead its worldwide manufacturing. Mr. Fego earned a Bachelor’s degree from Rutgers University. 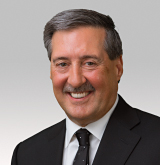 J.K. Givens is Qorvo’s senior vice president and general counsel serving as secretary to Qorvo’s Board of Directors. He is responsible for all corporate legal matters, including legal filings, intellectual property (IP), technology licensing, contracts and litigation activities. Mr. Givens joined Qorvo in 2020 and has deep experience leading legal teams through complex acquisitions and growth in emerging markets while driving process improvement. He was previously vice president and chief counsel of Colfax Corporation, a leading diversified industrial company providing orthopedic care and fabrication technology products and services, where he was responsible for global M&A matters and served as general counsel to ESAB, one of the world's largest welding companies. Prior to this, Mr. Givens was in private practice at Skadden, Arps, Slate, Meagher & Flom, where he represented corporate and private equity clients, and focused on cross-border M&A and corporate finance matters. He received his Law degree from Harvard University, where he was an editor of the Harvard Law Review, and his Bachelor’s degree from Yale University. 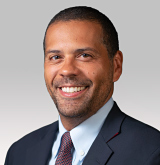 Debra Howard is Qorvo’s senior vice president and chief human resources officer, responsible for developing and implementing the people strategy that supports the company’s overall business strategy. She has a broad background in business and corporate HR functions and significant global human resource experience, including an expatriate assignment in Asia. Ms. Howard was previously with NXP where she was senior vice president of human resources for Technology and Operations, and successfully created and implemented talent strategies while leading complex cultural change initiatives. Her semiconductor industry experience includes 15 years with Texas Instruments in several HR leadership roles. Ms. Howard earned a Masters in Human Resources and Industrial Relations from the University of Illinois, and a BA in Psychology and Human Resources from Michigan State University. 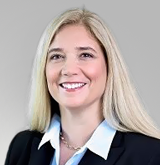 Hans Schwarz is Qorvo's senior vice president of business development and strategy, responsible for facilitating company-level strategy development and mergers and acquisitions (M&A). Prior to the merger of TriQuint and RFMD to form Qorvo, Mr. Schwarz was RFMD's corporate vice president of business development, a position he held since joining RFMD in October 2011. Prior to RFMD, Mr. Schwarz was with c365, Inc., a web-based energy analytic startup company he founded in 2009. From 2007 to 2009, he served as a managing director of a late-stage private crossover venture fund. Mr. Schwarz previously served in various management, business development and market development positions with Xilinx Inc., a supplier of software and programmable logic devices, from 1992 until 2007. From 1990 to 1992, Mr. Schwarz held various leadership positions in marketing and systems engineering at Chips & Technology, a fabless graphics chip provider that was later acquired by Intel. He earned a BSEE and computer science degree from Santa Clara University, where he also performed graduate engineering work. 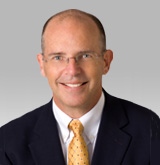