You're probably familiar with IEEE 802 as the family of standards developed by the Institute of Electrical and Electronics Engineers (IEEE) that deal with local area networks (LAN) and metropolitan area networks (MAN). But you may not be as familiar with exactly how this large technical association amends its standards to keep pace with the fast-changing demands of global networks. As an engineer in today's quickly-shifting wireless landscape, it's important to understand this process and keep pace with planned updates as they hit the market and affect designers and end users alike.

The amendment process starts with an idea

The diagram below illustrates the process of flow when an idea turns into an 802.11xx amendment.

New ideas flow through the Wireless Next Generation (WNG) Standing Committee, which meets at every 802 Working Group interim and plenary meeting. The WNG essentially funnels next generation features and refinements to existing 802.11 standards by providing six opportunities each year for new or updated ideas to be presented to the 802.11 Working Group. Presented ideas are voted on in the WNG sessions, and if approved by motion to move forward, a Topic Interest Group (TIG) is then formed. The TIG investigates the idea for technical feasibility and initial requirements and then makes a recommendation report to the Working Group. The Working Group then decides whether to move forward with a Study Group. If a Study Group is created, this committee develops a Project Authorization Request (PAR) which drives the formation of a Task Group. The Task Group is chartered with developing a draft standard. It is this Task Group phase that typically requires the most time in the process, as there are usually several drafts before achieving the required 75% approval of this letter ballot. After a Letter Ballot is approved, a Sponsor Ballot is sent to the IEEE Standards Association (IEEE-SA) for final approval and publication of the proposed standard.

The evolution of the first five generations of Wi-Fi standards

The diagram below shows the timeline of the Wi-Fi standards generations, as well as the major features included in each release: 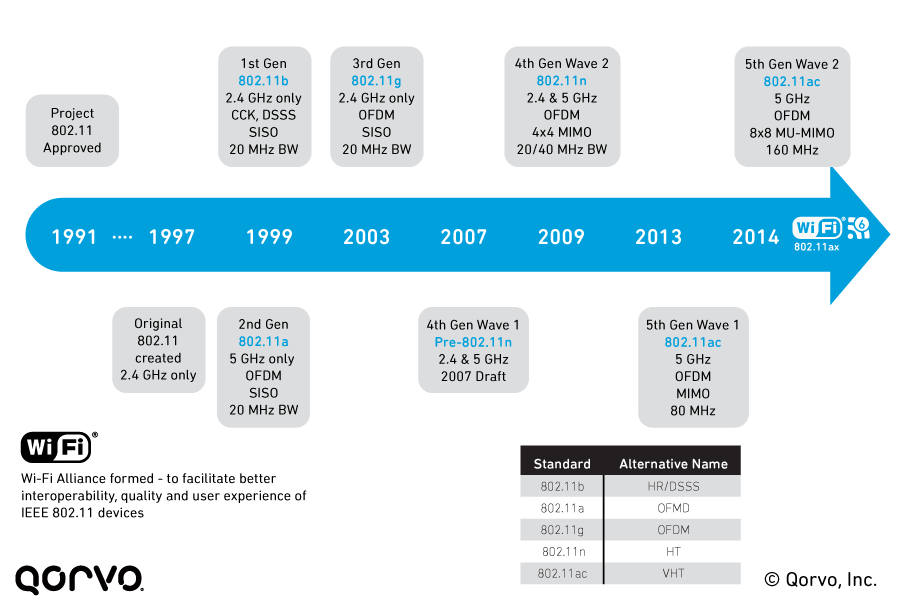 In a nutshell, the evolution of the 802.11 standard has been driven by the need for consumers and businesses to access and distribute information on the internet. 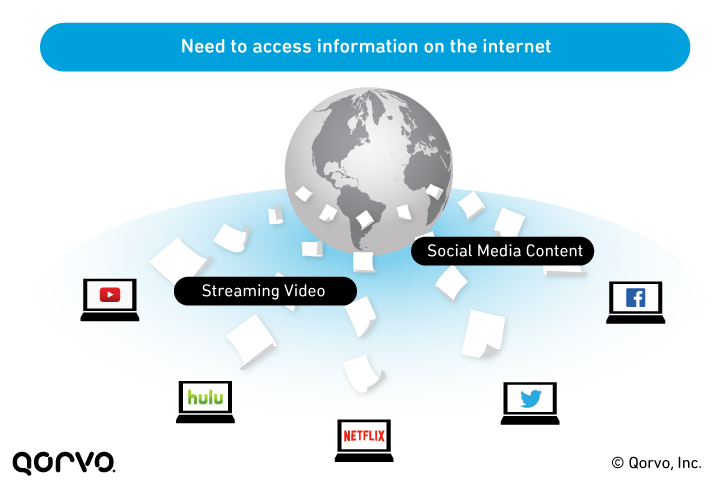 One of the major changes over the years of 802.11 is data rate. With the evolution from 11b to 11ac and toward 11ax, the data rates have shown a 1000x improvement. It’s important to note, however, that even though 11ac was able to achieve roughly 7 Gbps, it did not achieve that rate in practical applications (e.g., dense and crowded venues such as stadiums). That practical, “real-life” achievement of up to 10 Gbps is one of the major goals of 11ax, as shown in the figure below. 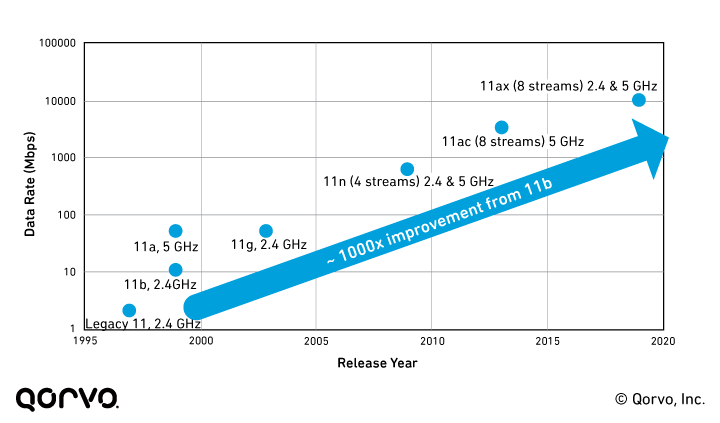 Even though 11ac was a substantial breakthrough, it does have some shortcomings, as mentioned above. With the goal of making the Wi-Fi experience better for the user, the list of 11ac issues addressed by 11ax includes:

11ax intends to address these issues with the following benefits and features:

The chart below shows definitions of U-NII-5 through U-NII-8 channels from 20 MHz up to 160 MHz bandwidths:

The band expansion of 11ax is especially significant as it will provide a much needed additional 160 MHz channel capability. It will also help with the current congestion in the 5 GHz band with LTE and LAA. This expansion will take hold rapidly in the industry, with many products expected to launch very quickly.

The 802 Working Group currently has six active task groups with amendment schedules targeting RevCom releases between late 2019 and the end of 2021. Here is a look at what is currently in the 802.11 pipeline:

Today, Wi-Fi is everywhere. It has become the ubiquitous, expected connection standard and even a basic necessity for many people around the globe. Can you imagine your life without wireless internet access at home or in the office? Life just wouldn’t be the same, which is why companies like Qorvo and organizations like the Wi-Fi Alliance continue to work together with engineers like you to ensure the future of Wi-Fi will serve all of our needs and trends in the connected world of today and tomorrow.