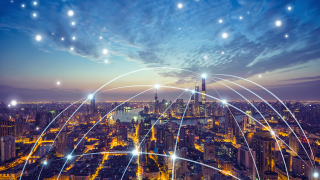 The Internet of Things (IoT) will massively expand the use of cellular communications beyond smartphones and tablets to an extraordinary range of applications and connected devices — including many products that haven’t yet been invented.

That’s where cellular IoT comes in, and specifically the two cellular IoT standards expected to dominate the market: NB‑IoT and LTE‑M. Let’s explore these two standards, their potential uses and some implementation options for device makers looking to add cellular connectivity.

Both LTE‑M and NB‑IoT fall under the category of machine-to-machine (M2M) communication, also known as machine-type communications (MTC). They help enable applications such as smart cities, environmental monitoring, asset tracking and more.

Of course, operators already use older 2G and 3G networks for some IoT applications, like fleet tracking. But LTE‑M and NB‑IoT are different because they’re specifically designed and optimized for IoT devices that communicate small amounts of data over long periods of time. So they’re simpler than other cellular standards, with much less overhead. This translates into:

The following figure shows some of the IoT use cases enabled by massive MTC and critical MTC applications. Massive MTC relies on LPWAN technologies, including NB‑IoT and LTE‑M, while critical MTC will require real-time communications with very low latency and high reliability. 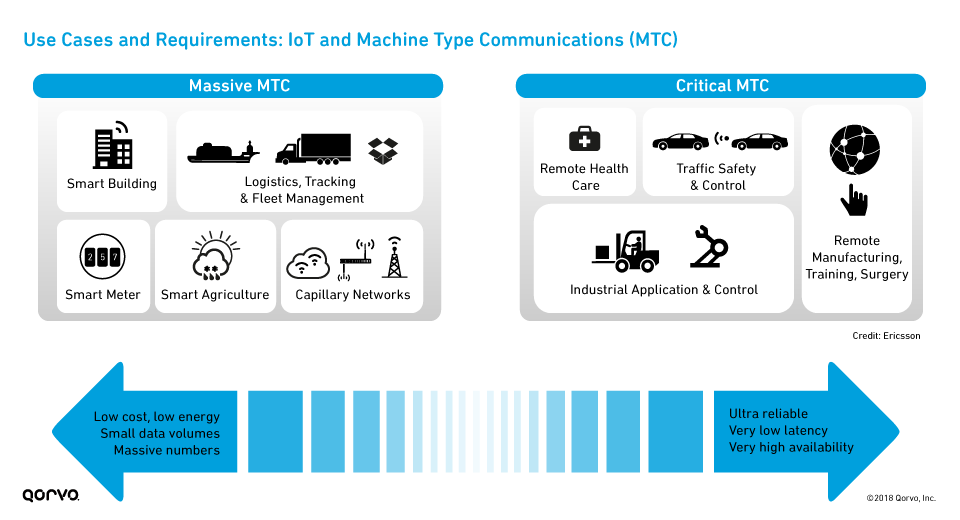 The following table compares the characteristics of LTE‑M and NB‑IoT. The biggest differences are bandwidth and voice support, but for practical purposes, the differences for IoT device developers are likely to be small. NB‑IoT may use slightly less power and the required hardware may be slightly less complex. 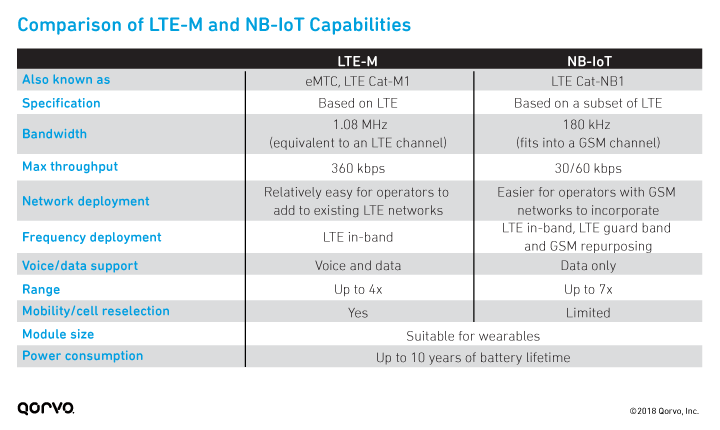 The momentum behind cellular IoT

Perhaps the biggest reason that NB‑IoT and LTE‑M are so important is their huge industry momentum. According to GSMA*, operators have launched 58 NB‑IoT and LTE‑M networks as of July 2018, establishing coverage in most major markets worldwide.

China has standardized on NB‑IoT, creating a potentially massive market that is likely to help drive development of IoT solutions. In the U.S., some operators (including Verizon and AT&T) launched LTE‑M networks first, but NB‑IoT networks are also planned.

In many cases, operators can implement cellular IoT networks simply through a software upgrade to their existing base stations. This means they can roll out broad coverage very quickly and at low cost.

What matters to device makers?

Over the next few years, we’re likely to see thousands of companies design new products to take advantage of the opportunities opened up by cellular IoT. Here are some key considerations for device makers:

Qorvo applies its RF technologies and expertise to a broad range of cellular IoT solutions, including products for IoT connectivity in devices and base stations:

We’ve helped many companies achieve operator certification, and we supply industries such as automotive, aerospace and defense with very high requirements for product reliability and longevity.

NB‑IoT and LTE‑M are just getting started. Over the next few years, these low-power cellular networks will open the door to a wealth of new applications, connecting billions of devices that need long-range connectivity combined with extended battery life. For makers of IoT devices, ensuring that products support both standards will maximize the opportunities.

For more information on Qorvo solutions for NB‑IoT and LTE‑M, check out our portfolio of IoT products. 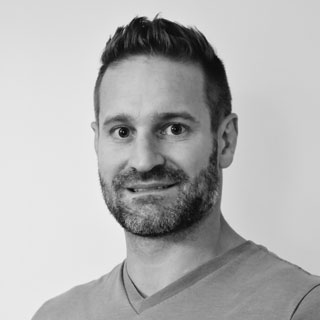 After 7 years of active duty in the U.S. Navy, Josh joined Qorvo to help connect customers with the right RF solutions. He currently applies his RF expertise toward creating the next generation of integrated products for IoT and M2M mobile applications.

Connect with a Qorvo Expert