Replacing legacy systems with next-generation technology isn't always a one-to-one fix. This blog describes spatial combining, why it's important for sensitive equipment like electronic countermeasures (ECMs) and how it helps achieve the highest levels of power available.

Power in the Past

Historically, vacuum tube amplifiers were used for all amplifiers, from audio frequency to RF and microwave, as well as for lighting and the displays for our television sets. Traveling wave tube amplifiers (TWTAs) have continued to provide high-power amplification at microwave frequencies over broad bandwidths.

But vacuum tubes, typically in the multi-kV range, have lower reliability than solid-state devices, with low-voltage power supplies, and over time, the supply of vacuum tubes and the expertise to manufacture them have decreased. As a result, most vacuum tubes have been replaced with solid-state alternatives, except in applications such as microwave ovens and electronic warfare (EW), which required vacuum tubes to generate the higher power levels necessary for equipment like ECM jamming transmitters.

But power combining techniques now make it possible to achieve these power levels with solid-state devices. 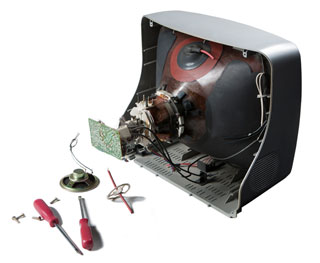 Spatial Combining: What It Is and Why It's Important

ECM systems comprise receivers, processors, displays and jamming transmitters. Only recently have solid-state solutions been able to meet the power and bandwidth requirements of ECM jamming transmitters, due to the advent of gallium nitride (GaN) power amplifier MMICs and low-loss, broadband combining techniques. However, a single GaN MMIC still has insufficient power for most ECM systems, which can have requirements of more than 100 watts from 1.5-7.5 GHz. Solid-state devices must combine multiple power amplifiers to reach the same power levels originally offered by TWTAs.

Spatial combining can create solid-state power amplifiers (SSPAs) in the following ranges of frequency and power — which all provide performance improvements when compared with TWTAs:

Go in Depth
Learn more about GaN and spatial combining:

Thermal management is critical to get the best performance out of solid-state devices. For ECMs, we often work with different thermal environments on different platforms. Some systems could use a cooling fluid or air cooling with a fan.

Spatial combining provides the most efficient means of combining GaN MMICs, lowering the amount of heat dispersed. When we measure thermal performance, the efficiency of the total amplifier is the most important factor.

Also, when solid-state components operate cooler, their reliability is better so we want them to operate as cool as possible. Using good thermal conductors, like copper, and maximizing the available cross section are key for improving the thermals. However, there are trade-offs between the types of metals used and the weight of the equipment — it can't be too heavy for airborne platforms, for instance. So, there are other metals that can be used when making size, weight and power (SWaP) considerations.

How Is Spatium Being Used Today?

Qorvo's method of spatial combining is called Spatium®. With coaxial construction, Spatium provides an efficient, broadband and compact way of combining multiple MMICs in a single step. In fact, Spatium can typically combine 16 amplifiers in one step, with only 0.5 dB combining loss. In addition, Qorvo designed a thermal path on the back of the MMIC to the cooling plate, to help with thermal management. (See the figure below for a thermal simulation using Qorvo's Spatium QPB1006.) 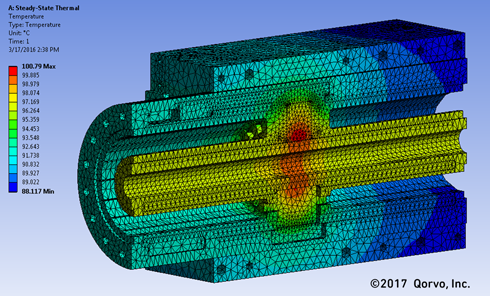 Here's how Spatium MMICs can be used in different applications:

Qorvo Videos on Spatium
Hear what Qorvo experts have to say:

We recently released three new Spatium products, which are intended for designing new EW equipment, operate within 2-18 GHz, and could replace legacy tubes. The products can also be used in test equipment where a high-power stimulus is needed. Less noise and more linearity than legacy TWTAs mean measurements taken with Spatium will have greater fidelity.

Spatial combining offers the ability to deliver hundreds of watts over broad bandwidths and can be specially designed, in many cases, for a new box or to fill an existing TWTA space.

This is the first time there's been this type of power, bandwidth and efficiency available for solid-state devices. It offers a viable option for 20- to 30-year-old platforms (aircraft, ship, etc.) with non-fixable vacuum tubes; they can now be replaced with reliable, solid-state equipment. 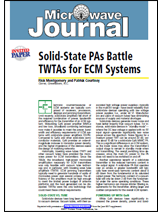 Learn how solid-state devices can provide the power, bandwidth and efficiency needed for EW applications.