Nestled in the radio-silent hills of West Virginia stands a brilliant, star-gazing giant: The Green Bank Telescope, aka GBT, aka “Great Big Telescope” or “Great Big Thing.” GBT is the world’s largest fully steerable radio telescope and has been visited by more than 900 scientists in the past five years. Why? Because GBT is exceptionally accurate and versatile. According to National Radio Astronomy Observatory (NRAO), the suite of receivers covers 100 MHz to 100 GHz in frequencies, its processors can spot nanosecond timing differences in data. It's also able to access 85 percent of the local celestial hemisphere. Its surface — a 2.3-acre area — is perfectly smooth to a noise level of 260 microns (5 human hairs). And the observations can be made in, truly, a radio-silent environment. It's located within the Green Bank Observatory Radio Quiet Zone, which allows for the detection of faint radio-frequency signals which man-made signals might otherwise mask. The observatory borders National Forest land, and the Allegheny Mountains shield it from some radio interference. 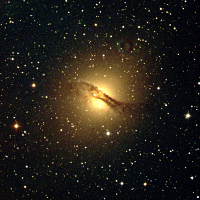 The knowledge GBT has helped scientists gain so far is, well, astronomical. Observations run approximately 6,500 hours each year and findings are used in chemistry, physics, radar receiving, and astronomy. Most notably, some discoveries are helping to prove Einstein’s general theory of relativity by examining the high masses and short rotation periods of pulsars. Pulsars are a type of neuron star, which are dense cores that result from the collapse of a massive supergiant star. In 2006, GBT enabled the detection of the most massive neutron star discovered so far.

Another Leap in Space Exploration

Scientific discoveries often propel technological advances, and vice versa, creating a cross fertilization of science and technology, so to speak. In this case of GBT, RF technology advancements are helping to push the space exploration envelope.

Case-in-Point: The National Radio Astronomy Observatory (NRAO) and Raytheon Intelligence & Space (RI&S) are collaborating on a project to improve planetary radar capabilities that would allow for earlier and more precise analysis of targeted Near Earth Objects (NEOs). NRAO, using an RI&S radar, conducted the first-ever transmission from the National Science Foundation’s Green Bank Telescope in West Virginia. The test produced detailed images of the Apollo 15 moon landing site by way of a transmitter installed on the Green Bank Telescope. At the heart of this RF transmitter lies Spatium technology, a 700 watt, 13-16GHz SSPA providing the power necessary to achieve this technological milestone. Until now, traditional radar lacked the necessary power that Spatium brings to identify and characterize smaller NEOs. 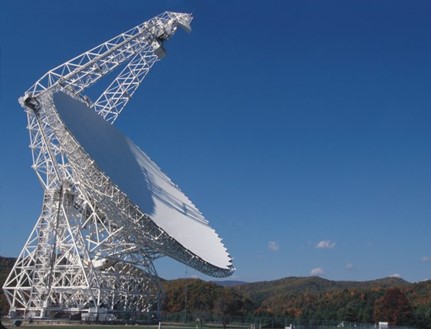 The giant 2.3-acre dish surface of the Green Bank Telescope is an enormous vessel for capturing the weak radio waves from objects in space. 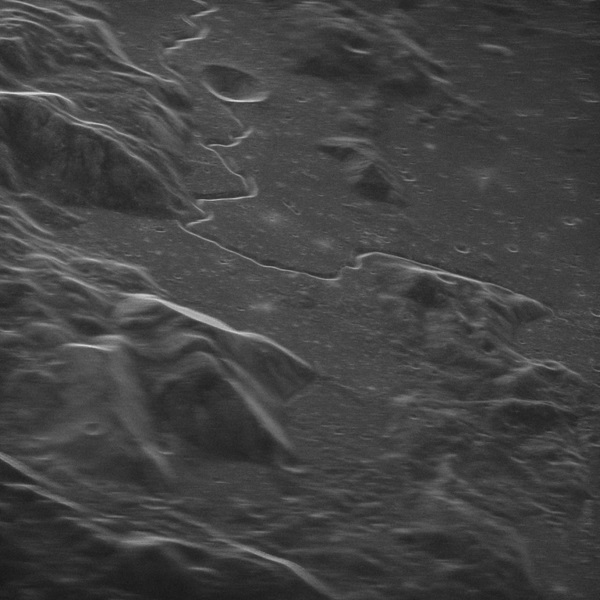 The RI&S radar image of the region where Apollo 15 landed in 1971. This image shows objects as small as 5 meters across.
Credit: NRAO/GBO/Raytheon/NSF/AUI

"Our first radar study with Raytheon characterized the moon in unexpected ways, and we anticipate that this upcoming study will do the same for Near-Earth Objects," said Tony Beasley, director of the National Radio Astronomy Observatory and vice president for Radio Astronomy at Associated Universities, Inc. (AUI). "Each milestone we achieve in this and other research and technology collaborations informs and improves our efforts toward the next generation of radio telescopes and observations."

This new capability paves the way for exploring other planets and objects in the solar system without the need to launch additional space probes or satellites. Powerful radar signals have been beamed from Earth into space and bounced from objects in our solar system since the 1950s. Using the Green Bank Telescope and Spatium as a transmitter will increase scientists' ability to use radar to explore the solar system using ground-based instruments.

Space is no stranger to Qorvo technology. For more than 25 years, Qorvo has been working with its partners in enabling planetary exploration and has “launched” more than one million components into space. Here's the short list: