Strategy Analytics predicts an explosive growth of emerging 5G networks. They forecasted the number of new base station sectors deployed to double between 2018 and 2024. This rapid 5G growth will result in equipment for nearly 9.4 million new and upgraded wireless base stations deployed by 2024.

Massive MIMO uses many base station antennas to communicate with multiple users, making use of beamforming techniques in phased adaptive array technology. Massive MIMO improves capacity without the increase in design complexity of intercell coordination. Using massive MIMO, it's possible to form beams such that there is almost always only a single user in each beam. Thus, giving each user their interference-free, high-capacity link to the base station.

Catch up on the other blogs in this series: 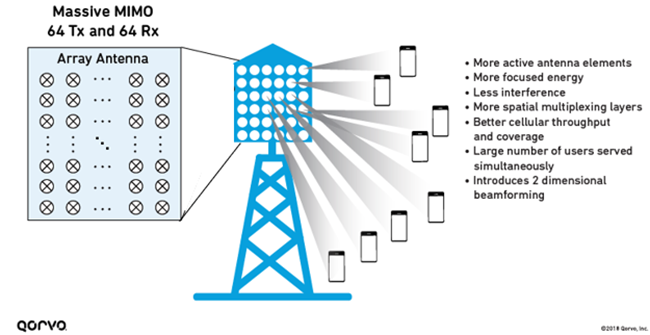 5G new radio (NR) specification’s first phase of 3GPP release 15 was published in June 2018. The specification focuses on mobile deployments using 5G NR non-standalone (NSA) and standalone (SA) standards. NSA is an evolutionary step for carriers that provides a pathway to SA (see Figure 2). NSA uses an LTE anchor band for control, with a 5G NR band to deliver faster data rates. NSA allows carriers to deliver 5G data speeds without requiring a new 5G core buildout. Because we are in the beginning stages of 5G NR design, most base station applications are NSA. But this will change as 5G evolves into SA type system deployments. 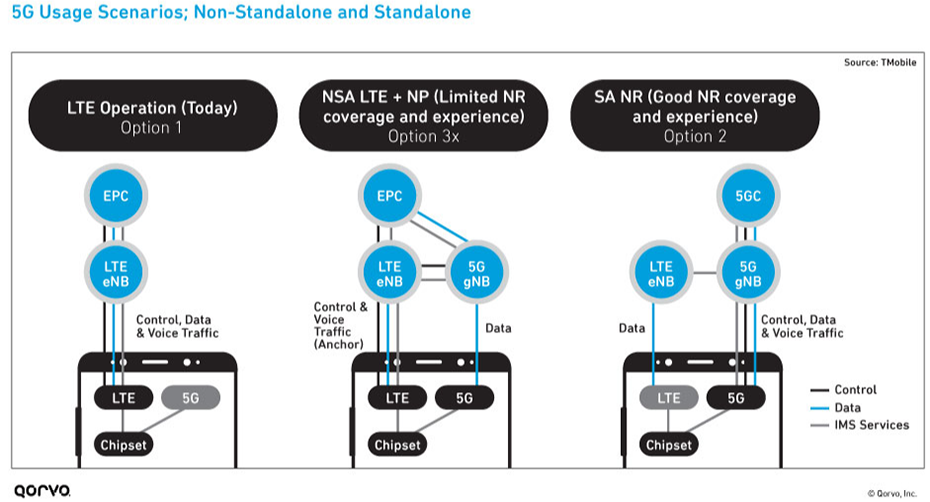 Figure 2. The Path to Standalone.

A noted challenge for base station component suppliers and manufacturers is the number of stock-keeping-units (SKUs) required regionally. These fragmented band combinations at higher frequency ranges pressure suppliers and manufacturers to diversify product portfolios (see below figure). In addition, the increase in frequency and bandwidth requirements add another level of design difficulty for RF semiconductor technology providers. For example, power amplifiers’ (PA) gain and efficiency, which are interrelated, suffer with incumbent silicon LDMOS power technologies in the transmit path. Thus, system manufacturers are migrating away from silicon LDMOS to gallium nitride (GaN) with the capability for GaN to achieve up to 60% efficiency at average operating power levels over wide bandwidth, making it optimum for massive MIMO base station systems.

So, what type of RF front-end (RFFE) components are needed for 5G massive MIMO base station systems? Highly linear, highly efficient, low-power consuming integrated front-end components. To break things down from a specification standpoint, manufacturers look to semiconductor suppliers to optimize the following parameters, to meet their system requirements.

The 5G massive MIMO base station has arrived and carriers continue to ramp up deployments. The global demand for product with varying frequencies and power levels requires manufacturers to pull from a supply chain with a diversified product portfolio. Because massive MIMO systems require stringent parameter capability with higher frequency ranges and bandwidths, new technology capability is a must. As shown in the below tables, Qorvo has one of the largest 5G massive MIMO product portfolios on the market. We also create products using technologies best suited by each massive MIMO application. Qorvo not only has product stretching across all frequencies above 3.5 GHz, but these parts also provide best-in-class performance using GaN, GaAs and filter bulk acoustic wave (BAW) technologies.

5G massive MIMO sub-6 GHz and mmWave infrastructure designs are already being used. Technologies such as GaN, GaAs and BAW are helping carriers and base station OEMs achieve their goals for 5G massive MIMO – helping them stretch their coverage areas to the very edge of their networks. As consumers, we are only beginning to see the capabilities of what massive MIMO and 5G will bring. 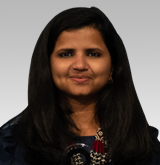 Suma has been with Qorvo since 2012 and is leading the development of highly differentiated small-signal solutions for wireless infrastructure applications.