Today, Wi-Fi is helping create a wireless superhighway for our homes and businesses. It brings gaming, communication, video and much more to a new level – offering faster response times and a higher level of capacity. Here, Igor Lalicevic provides some understanding of how today's Wi-Fi standards and features are being implemented across Europe (EU) – to help you understand how to design your Wi-Fi product.

How does the Wi-Fi Alliance affect and manage the Wi-Fi standard in the EU?

The Wi-Fi Alliance is a consortium of semiconductor companies, operators, end customers, and other organizations in the Wi-Fi ecosystem. Its goal is to collaborate, facilitate and promote open wireless communications using Wi-Fi standards-based networking technologies.

The Institute of Electrical and Electronic Engineers (IEEE) writes the standards that dictate Wi-Fi technical specifications. From these specifications, the Wi-Fi Alliance develops testing plans, services, and certification programs. This ensures Wi-Fi products meet specification guidelines that are compatible with each other and deliver the expected performance and capability.

The Alliance is the international advocate for the global Wi-Fi communications we now use in our homes, companies, across cities, and in private and public venues, like cafés, stadiums, etc.

Even though Wi-Fi is used for local area networking of global devices and worldwide internet access, there are different regional requirements in adopted Wi-Fi frequency, permitted Wi-Fi channels and maximum allowed transmission power (EIRP) per country. EIRP is the maximum amount of power that an antenna array can radiate given the antenna's gain and the RF subsystem's transmitter power.

It is crucial to understand the difference between standards and regulations.

In Europe, ETSI (European Telecommunications Standards Institute) is the official recognized body responsible for the standardization of Information and Communication Technologies (ICT).

The European Standard ETSI documents specify maximum WLAN transmission power levels in Europe. The European regulation outlined in these ETSI documents defines frequency allocation and the amount of 6 GHz spectrum that has been designated for Wi-Fi 6E products.

Each European Commission directive, like the one from Ofcom, contains a deadline by which EU countries must incorporate the provision into each EU countries' national legislation and inform the Commission to that effect. This date is called the implementation date, and in the case of the lower 6 GHz band proposal of Ofcom, the date was December 1, 2021.

The Wi-Fi Alliance's role is to help create programs and universal trust in the EU. Additionally, the Alliance identifies and promotes new use cases for Wi-Fi.

Need Help with Your Wi-Fi Designs?

Download these resources to help make smart choices for your next projects:

What do you see as the Wi-Fi Alliance's most significant challenge with implementing Wi-Fi in the EU?

As Wi-Fi continues to increase spectrum – capturing the higher frequencies above 5 GHz – it encroaches on the spectrum held by other services. Incumbent services like transport and fixed satellite systems are the biggest challenges for Wi-Fi implementation in the EU. These services operate above 5 GHz and are closely aligned to Wi-Fi.

Are Wi-Fi power levels different in the EU compared to the US? If so, how does Qorvo address the differences and challenges they bring?

Different Wi-Fi radio bands throughout the globe require unique regulatory power limits. Each device you buy must not exceed any power limits set by the regulatory domain you want to deploy it in. In the EU, ETSI defines power limits for Wi-Fi. In the EU, the power levels are actually lower than in the US. This presents challenges of RF range but is beneficial to reducing Europe's carbon footprint and increasing gateway power efficiency.

The challenges this presents to Qorvo are minimal. Qorvo typically develops its Wi-Fi products for several globally specified power levels, and many of these products can be tuned via matching to reduce power level requirements if required.

What do you see as being a key hurdle for meeting Wi-Fi 6E and 7 speed and capacity goals in Europe?

Globally, only 44% of broadband connections are above 50 Mbps. For many years, connectivity capacity and speed were bottlenecked at the home premises. In the UK and western EU, they are targeting a minimum 85% fiber coverage (fiber to the premise allowing Gigabyte capable connection) by the year 2025! This is great news for Wi-Fi growth, but today, the fiber coverage is 24% in the UK and 43% in western EU – so there is much work to be done to meet the 2025 goal. To see the full benefit of Wi-Fi 6 and Wi-Fi 7 gateways, this fiber connection needs to be in place. The Wi-Fi evolution of Wi-Fi 6 / 6E is seen as a solution to allow a near-fiber experience at the end device — delivering speeds of ~10 Gbps using 8x8 MIMO and 160 MHz channels. At the same time, Wi-Fi 7 (which is coming around 2024) targets the fiber experience at the end device and will achieve a total connectivity target of 30Gbps using 320 MHz channels. Using Wi-Fi 7 will bring more speed and lower latency to Wi-Fi.

How do the Wi-Fi Alliance and manufacturing organizations work with the EU and regulatory agencies in the EU?

What is seen as the Wi-Fi Alliance's vision of the future?

A primary function of the Wi-Fi Alliance is to promote wireless technologies and interoperability throughout its ecosystem – with the focus on boosting innovation and fostering ecosystem growth of new generations like Wi-Fi 6 / 6E and 7.

It's easy to see why the internet is considered the most important invention in modern times. It affects almost every aspect of our lives – with nearly five billion people using the internet daily. This is 63.2% of the total human population!

Wi-Fi is following this same internet trend and is, therefore, an exciting time for Wi-Fi! From the first Wi-Fi 802.11 standard in 1997, we have witnessed a 1000-fold increase in throughput. The new Wi-Fi 6E and the soon-to-come Wi-Fi 7 standard are revolutionizing wireless connections. They enable fiber-like speeds at the device level, opening the door for a new connectivity era and making Qorvo's long-term "one pod per room" vision a reality. 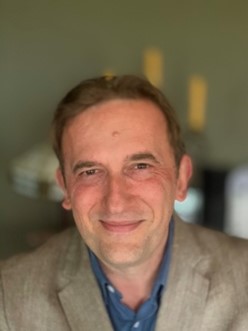 With over 20 years of experience in the wireless industry, Igor helps Qorvo engineering teams create state-of-the-art RF components and solutions. He inspires the creation of new wireless connectivity products and ecosystem advancements that help customers bring their wireless innovations to life.