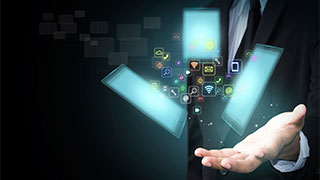 Dead zones have plagued users since the dawn of wireless networks.

I know my wife is making or answering a call when she runs for the kitchen window. Sometimes I even find her outside, pointing her smartphone at the sky as she desperately searches for a cellular signal.

We’ve all been there. And the struggle to find a strong connection now goes beyond cellular to Wi-Fi and the Internet of Things (IoT). But why?

One answer is standards – or lack thereof. Until recently, there were no guidelines for integrating wireless networks directly into homes. Thick walls, frame and cement block many wireless signals. Most architects and builders don’t design around radio frequency (RF), and few people position their Wi-Fi router where they’re spending most of their connected time.

Standards are becoming more important than ever with the rise of the IoT and society’s continued obsession with mobile devices. Some interesting factoids:

That means a lot more dead zones, if not for organizations like the Wi-Fi Alliance. This group that helps govern the Wi-Fi ecosystem recently launched a new set of Wi-Fi CERTIFIED home designs. The designs are blueprints for eliminating dead zones. Just as architects strategically plan the location of electrical outlets, appliance hookups and plumbing, home builders can now plan in-home network installation for a great user experience.

The key is proper placement of access points throughout the home, to ensure strong Wi-Fi coverage everywhere and easy integration with IoT devices.

Router choice is another important factor. New 8-antenna routers help eliminate dead zones by using “beamforming technology” to drive signals directly to the point of use. While a typical Wi-Fi signal expands as it leaves a router, beamforming focuses the signal more directly to devices to help improve signal strength and range.

So, no more dead zones, right? Well, not quite.

We want to be connected regardless of our location, and the IoT is quickly moving beyond our homes. This brings a host of new challenges for devices in our cars, on the factory floor and even in the skies – in the case of Amazon’s drone delivery project.

Take autonomous driving. For cars to safely drive themselves, they must communicate seamlessly from vehicle-to-vehicle (V2V) and vehicle-to-infrastructure (V2I). But buildings and other structures block wireless signals. Signal strength and range are a constant challenge. Sound familiar?

The same goes for the Industrial IoT (IIoT). Machines must work in sync across a factory or network of factories to achieve optimal performance while keeping workers safe.

Imagine the potential for smart neighborhoods, cities and transportation?

Zigbee is one of many IoT standards (also called “protocols”) competing for market share. Others include Thread and Bluetooth Low Energy (BLE).

We should celebrate these technologies, but recognize there’s still work to do. Advancements in wireless infrastructure – the backbone of wireless networks – are key to broader adoption of the IoT. We must agree on one unified IoT standard; retrofit our homes, buildings and cities; and support technologies like PRO 2017 through their early stages.

In the meantime, I suspect my wife will still make her daily trips to the kitchen window.