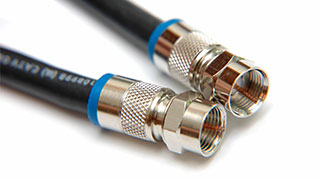 Thankfully, we call it DOCSIS. But unless you follow the rise, fall and rise again of cable, DOCSIS sounds like just another tech industry acronym.

DOCSIS 3.1 is the latest standard in the CATV industry, enabling higher data speeds for high-definition television (HDTV) and video on demand (VOD) services. The latest flavor of DOCSIS increases effective downstream data rates from 160 Megabits per second (Mbps) to 10 Gigabits per second (Gbps), and upstream data rates from 120 Mbps to 1 Gbps when compared to DOCSIS 3.0.

Cable Labs recently released specs for Full Duplex DOCSIS, a derivative of DOCSIS 3.1 that promises jaw-dropping 10 Gigabit speeds in both directions, across hybrid fiber-coaxial (HFC) broadband networks. These networks combine optical fiber and coaxial cable for a more efficient use of spectrum.

Marketers tried to simplify the world of DOCSIS 3.1 by giving it a nickname: Gigasphere. Unfortunately, the term hasn’t exactly caught fire. Wherever “Gigasphere” now appears in the news, it’s still defined as DOCSIS 3.1.

So, round two. Let’s simplify the benefits of DOCSIS 3.1 for cable providers, telecom operators and consumers.

Cable providers today benefit most from DOCSIS 3.1. Amplifiers for DOCSIS 3.1 fit neatly into existing cable nodes in the last mile of delivery, meaning cable companies can retrofit existing systems for better performance, rather than rip and replace. As a result, providers can deliver gigabit speeds to the home with very little investment.

Another benefit is energy savings. DOCSIS 3.1 amplifiers are made with gallium nitride (GaN), a semiconductor technology with unique properties for high-power systems. GaN amplifiers are far more efficient than legacy technologies like gallium arsenide (GaAs) or silicon-based amplifiers, reducing energy consumption by as much as 20 percent. This may seem inconsequential, but apply that savings to a typical cable network of 3 million subscribers, and you get the picture.

Beyond power savings, GaN supports other green initiatives by greatly reducing material waste and the energy needed to produce GaAs or silicon amplifiers. GaN also extends the life of cable systems because it can operate reliably at higher temperatures for much longer, and with lower RF losses. This is critical for Full Duplex DOCSIS, where the underlying semiconductor technology must handle higher frequencies.

For telecom operators, the benefits of DOCSIS 3.1 are a little further out. Telecoms will use existing cable infrastructure provided by multi system operators (MSOs) to deliver 5G services when they arrive. A cable MSO is just what it sounds like – an operator of multiple cable television stations. The infrastructure for high-speed, low-latency 5G services will consist of existing cable and fiber including HFC broadband networks and DOCSIS 3.1.

Consumers benefit from DOCSIS 3.1 in performance, cost and choice. As cable companies retrofit their networks with DOCSIS 3.1 amplifiers, consumers will get more speed and bandwidth for HDTV, 4K video and VOD. DOCSIS upgrades are seamless to the consumer on the backend, but consumers will have to replace their set-top box to support the new system.

Choice is an additional consumer benefit. Cable companies often had monopolies within their markets, but this is changing with satellite providers like DirecTV and telecom providers like Verizon Fios and AT&T U-verse gaining ground. DOCSIS 3.1 allows cable companies to compete with new providers, offering bundled services at comparable – or faster – speeds.

DOCSIS 3.1 is all about supporting subscriber demand for new and improved broadband services. By supporting higher data rates across existing networks, DOCSIS helps deliver the digital content we know and love.

Just no DOCSIS at the dinner table, please