As shown in the table below, Wi-Fi's initial upload and download speeds were not very impressive when compared to a wired connection. But around 2009, with the introduction of the 802.11n standard, the speed of a wireless connection began to match that of wired home and business data rates. Since then, wireless speeds have competed head-to-head with wired speeds, adding the much-needed convenience of no-chord connectivity with improving performance in each successive generation. 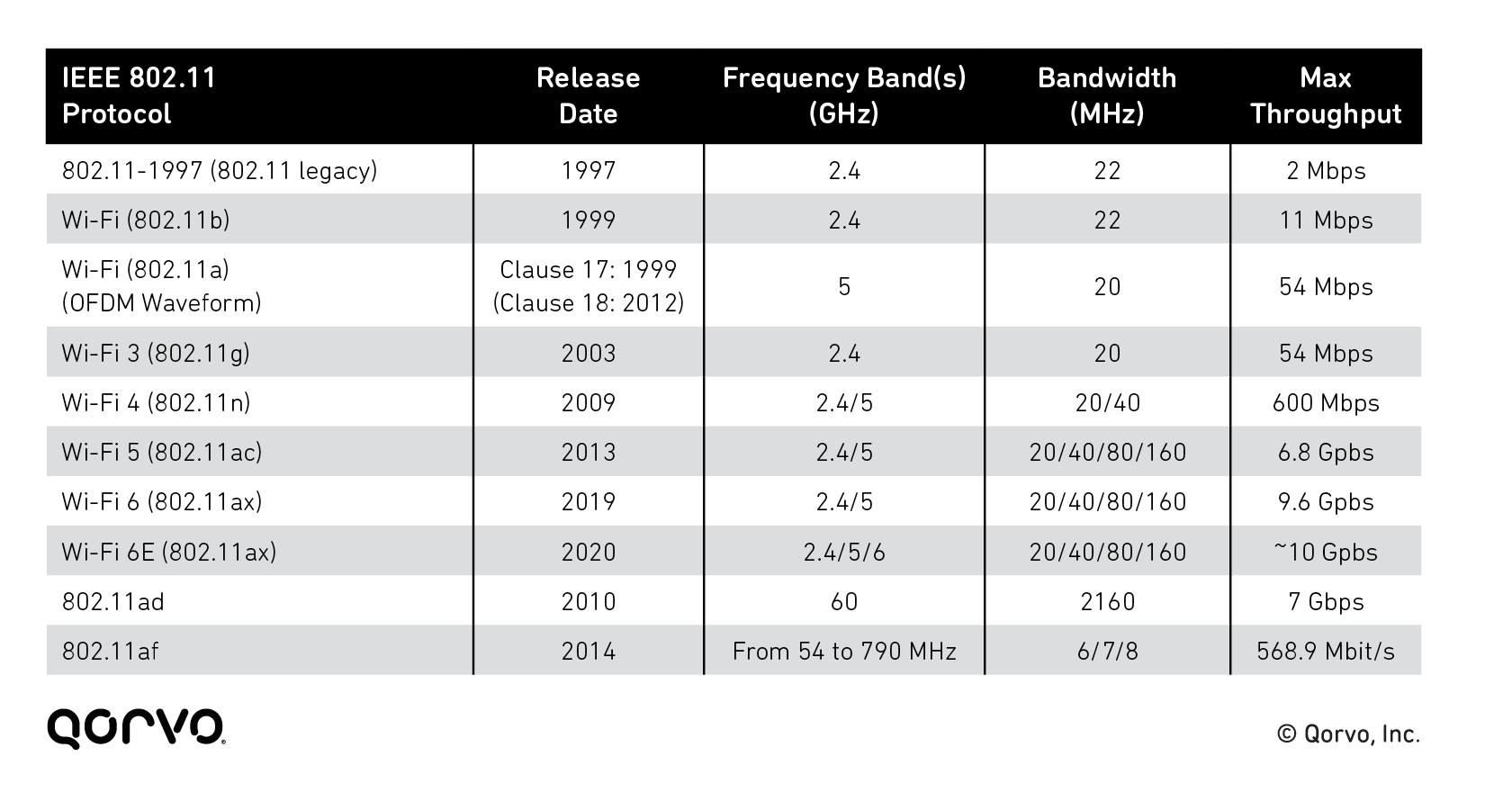 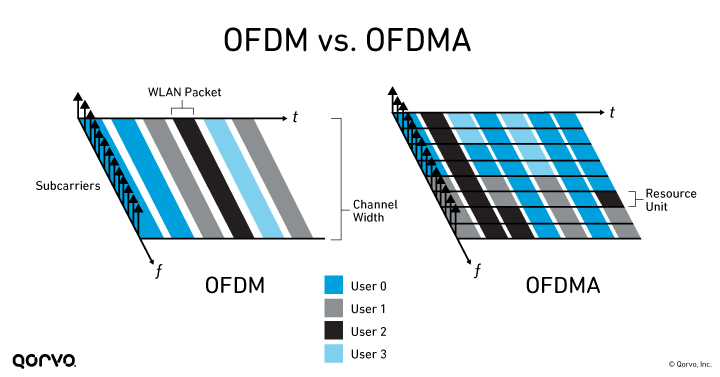 Wi-Fi 6E the 6 GHz add-on to 802.11ax takes Wi-Fi 6 to the next level. This addition is being finalized in 2020. It adds spectrum in the 6 GHz realm (5.925 – 7.125 GHz) making seven 160 MHz channels available. Wi-Fi 6E will offer the features and capabilities of Wi-Fi 6 – including higher performance, low latency, and faster data rates, doubling the capacity of Wi-Fi 6. It will also use MIMO and open spectrum to overcome the inherent range challenges in the high-frequency channels, ensuring full home or building coverage. Thus, providing optimal throughput/capacity.