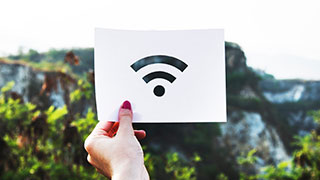 Every time a new cellular phone standard comes out, we see new claims about the “end of Wi-Fi.” When 3G was announced, the promise was that it would make Wi‑Fi (802.11b) redundant, which clearly turned out to be incorrect. With 4G (LTE), this story repeated itself and claimed it would put Wi‑Fi (802.11ac) in the shredder. And now the 5G message is that it will cover both the inside and outside of homes and buildings. It’s almost as though Wi‑Fi will soon no longer be needed.

This begs the question: What will be the impact of the next generation of Wi‑Fi, Wi-Fi 6 (802.11ax)? Do we even need it in the 5G/wireless landscape? I think we need better questions.

Of course, some of the messaging around 5G is just typical marketing hype, showcasing the favorable points and ignoring the less favorable ones. For example, 5G with 4 Gbps will be faster than Wi‑Fi (.11ac) with 1.3 Gbps. The immediate counter argument is that Wi‑Fi (.11ax) with 9.6 Gbps will be faster than 5G. But will these speeds be achieved in real life? We’ve seen this before, these glossy promises of high-speed access being wiped away by the hard truth of “no connection in the basement,” or something similar. Cue the collective consumer yawn.

(And by the way, how good will 9.6 Gbps Wi‑Fi be in the basement, if the connection to the home is 300 Mbps, or even less? What problem is this solving?)

If we want a real sense of where the developments are heading, it’s probably a good idea to go a little deeper than marketing headlines. What are the real facts that can guide us? For starters, laws of physics tell us that radio waves (both Wi‑Fi and 5G) have difficulties penetrating objects such as walls and foliage, and their data rates decrease with distance. Radiating more power helps a little, but it also causes unwanted noise, making equipment more expensive. In addition, there are legal maximum output power ratings to adhere to.

There are also economic laws. Cellular (3G/4G/5G) uses licensed bands. Mobile operators (service providers) pay money to use this spectrum and need to roll out a network of (connected) base stations to cover a large area. They then need to recover this money with subscription fees. In such a service area, many users need to be served, sharing the same frequency band over multiple channels. 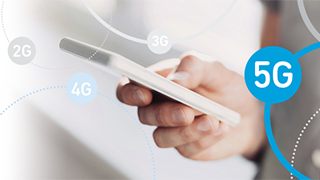 In contrast, Wi‑Fi uses unlicensed spectrum, which is available to all for free. However, the output power is very low, so the radio signal (more or less) stays in your own house or building and has a favorable (so-called) spectral reuse. The same frequency band can be used in every house. However, to get the internet at your front door, you need to pay an internet service provider a subscription fee, including a simple router that is part of that fee. If you want, you can buy a more expensive router as well.

So, in this frequency band perspective, there’s an interesting technology split between Wi‑Fi and 5G, but do customers really care? Customers care about fast internet access — anywhere — at a decent price. In contrast, operators/providers care about providing good internet service everywhere (at home and around the home) and keeping costs under control. Interestingly enough, with so-called Wi-Fi off-load (where a cellular network off-loads traffic to Wi-Fi connections), the border between the two different technologies is already blurring.

A bit of history can be helpful

It’s interesting to note that the Wi‑Fi world is rooted in the commercial computer industry, while 5G is rooted in the more legislated telephone industry. So, telephone operators (now service providers) have more affinity with 5G than with Wi‑Fi. When most telephone operators started to deliver internet to consumers, it was delivery to the front door. What happened inside the house was the consumer’s responsibility. 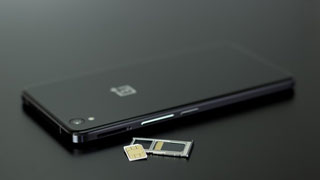 There’s another distinction between cellular and Wi‑Fi: a mobile phone uses a service subscription that requires a SIM card. This SIM card ensures that phones are connected to subscriptions and don’t use the network illegally. But Wi‑Fi doesn’t need a SIM card; the frequency band is license-free. Not surprisingly, the mobile world is looking for ways to make the SIM card redundant, but initiatives like soft SIM and eSIM aren’t making the desired progress because they’re too cumbersome and/or are not sufficiently secure.

The consequence of these histories is that the consumer’s internet connectivity world is split into two parts: mobile (with a subscription and SIM) and stationary (with a router at home). This scenario is now well-established. Of course, wireless internet connectivity can be troublesome, and initially telephone operators used this hassle as an opportunity to promote cellular as an alternative for Wi‑Fi. The good news is this mentality is changing.

Cable operators have also entered the picture. They’ve found that, for many consumers, Wi‑Fi coverage in the home was a major concern. Cable operators responded by extending their service to include good coverage inside the home. This is forcing cellular operators to do the same, as well as to develop a better quality of wireless indoor internet service.

Better coverage inside the home is one of the key characteristics of the new generation of Wi‑Fi, now called Wi-Fi 6 (based on the IEEE 802.11ax standard). The distributed concept behind this new version of the Wi-Fi standard (also called Wi‑Fi mesh) helps to distribute internet to every room in the home, with the main router at the front door, and small satellite routers (also known as repeaters) on every floor and in every room. This enables internet service providers to sell and support solid internet connectivity everywhere in the home — all good news!

Distributed Wi‑Fi:
A Pod in Every Room

There are also interesting crossover products, though, and a nice example is the FRITZ!Box 6890 from German supplier AVM. This box is a traditional router, providing Wi‑Fi everywhere in the home. But it doesn’t use DSL, fiber or cable — it uses LTE. So, this box has a SIM card and operates the same way as if you use your mobile phone as a hotspot to connect your tablet to the internet, for example. The difference is the FRITZ!Box makes this configuration permanent in your house. The trick is to make sure you have the right subscription service (preferably unlimited data) to avoid high mobile charges for your private wireless hotspot.

A better way of looking at things

Despite these crossovers, when talking about cellular and Wi‑Fi, it still feels like two separate worlds and that we’re switching back and forth between them, like a car shifting gears. Fortunately, most phones are somewhat smart, and when the Wi‑Fi connection isn’t working, the phone automatically switches to the cellular network. But there’s a real problem if you’re “on the edge of Wi‑Fi” and Wi‑Fi attempts to take back the connection, leaving you in limbo with a nonworking Wi‑Fi and a nonworking cellular connection. In those moments, the solution is to turn off Wi‑Fi to end the battle and avoid poor response times.

But wouldn’t it be better if there were a good hand-off between the Wi‑Fi connection and the cellular connection, so that the user always gets the best performance against the lowest cost?

As a consumer, I wouldn’t care whether I am connected via Wi‑Fi or, in the future, 5G. The system just provides the best connectivity, whether at home and indoors, or outside, or on the road. I would then have one subscription for my internet at home and for my cellular service outdoors — but with a twist. I’m talking about a different way of thinking. In this scenario, a service provider (whether it’s a mobile operator or a cable operator) provides the highest quality wireless internet access service, both at home and on the road. There are many initiatives underway in this area, all in the category of “Wi-Fi off-load,” and in principle the technology is there. But it isn’t mainstream yet, due to multiple competing and legacy interests.

It may be clearer that the customer genuinely isn’t interested in next-generation Wi‑Fi or in the “next G.” The consumer simply wants the best internet connection — anywhere, at any time and at the most affordable price. This is the way everyone — whether cellular providers, hotspot providers or internet service providers — can think about how to deliver the best service most efficiently to their vast subscription base.

Key is to envision 5G and Wi‑Fi 6 working together to implement this, instead of playing one against the other. There should be no “right” technology choice or choosing the one best technology for a given application.

And hopefully this different way of thinking will also help to concentrate on today’s real bottleneck — how to get high-speed internet to the home. 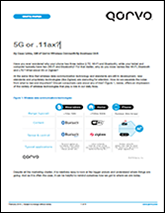 Learn more about the future of Wi‑Fi.