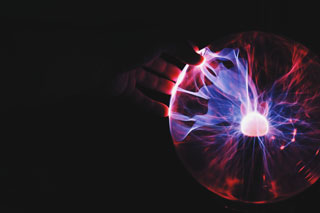 If you’re reading this, you’ve got RF power. Power is a necessity for networking, allowing us to charge our batteries, connect millions of devices, communicate over long distances and keep our signals clear.

Don’t believe me? Kill the power and see what happens to your network.

But with great RF power comes great responsibility. Power management is the art and science of optimizing input and output signals to maximize the efficiency and performance of RF devices – and it’s no easy feat. Each networking device has its own unique power requirements. Higher data rates often mean more power consumption and complexity, which can introduce losses that reduce reliability and increase cost. Low data rate devices, such as those supporting the Internet of Things (IoT), draw very little power in order to conserve every millisecond of precious battery power.

Then there is RF engineers’ arch nemesis – electrostatic discharge – which can all but fry a device’s circuit board. Think of when you touch a doorknob after shuffling across the rug on a dry winter day. ZAP! 20,000 volts just left your body when you contacted the knob. While this may cause minor discomfort and the hair on your arm to stand up, it can cause major performance issues for devices, or even destroy sensitive electronic components.

Any old dunderhead can press a power button, but designing power management and RF devices requires specific expertise. Here are a few facts to help “spark your interest.”

Berkeley Lab defines high power RF as a specialized field of engineering that deals with components and systems that operate at well above the audio frequency bands. High power RF applications include military and commercial radar, satellite communications and wireless infrastructure, like cellular base stations.

Engineers must amplify the power of these systems to transmit signals reliably over long distances and in harsh conditions. To do this, they use a power amplifier (PA).

See, not all networking jargon has to be complicated.

Like increasing the size of a .jpeg image file, power amplifiers increase the output of a networking device without corruption or distortion. However, increasing power also generates a significant amount of heat. Temperature management is one of the greatest challenges in high power RF. Engineers must meet stringent output requirements while keeping devices cool enough for reliable system operation. 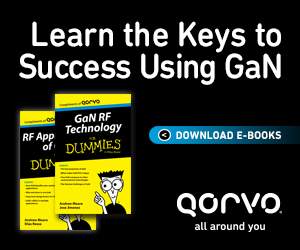 For this reason, most high power RF devices are made with gallium arsenide (GaAs) or gallium nitride (GaN). Both compound semiconductors can handle the heat of power-hungry RF systems – but GaN is quickly becoming the technology of choice. GaN amplifiers have superior thermal characteristics and deliver higher output than legacy technologies, while reducing consumption by as much as 20 percent.

GaN is making real-time communication possible at higher frequencies. Identification Friend or Foe (IFF) systems are one example. These enable civilian air traffic control to identify aircraft and determine their range from the tower.

The next frontier for high power RF is millimeter wave (mmW): a band of extremely high frequencies between 30 GHz and 300 GHz, many of which are critical to the rollout of 5G wireless networks. At these frequencies, power management is a real challenge. We’re already demonstrating products that operate from 37 to 40.5 GHz, with more to come.

The key power management concern for all low power RF is battery life. For the IoT to be useful, sensors must last a long time. Homeowners and municipalities don’t want to have to replace batteries in their devices every year, so engineers must design low power solutions to last a decade or more.

To complicate matters, power requirements are different for each low power network – and there are dozens of networks, including Wi-Fi, Bluetooth, Zigbee 3.0, Bluetooth Low Energy, Thread, LTE Cat-M1 (LTE-M) and Narrowband IoT (NB-IoT).

Wi-Fi networks, for example, switch between 2.4GHz and 5GHz, depending on the size of the file they’re sending and the distance between the router/access point and the connecting device. The system draws more power at higher frequencies, and less power at lower frequencies. The router is hard-wired and therefore unaffected, but you’ll experience battery drain on the connected device, whether that’s a smartphone, a laptop or some other device.

Bluetooth is like a powerlifter who has never done cardio, metaphorically speaking.

According to our partners at Keysight Technologies, “Engineers must make accurate battery drain measurements and understand the power consumption patterns of these IoT devices to achieve the long battery life customers expect.” Only then can we build a network that connects humans and their devices in powerful ways that simplify our lives.

The role of integration

All power levels benefit from integration. At the system level, combining multiple components into a single device minimizes power and efficiency losses, simplifies design and network deployment, and helps get everything from radars to routers to market faster. At the device level, interoperability between “things” at home, in our cities or on the factory floor maximizes productivity and energy savings.