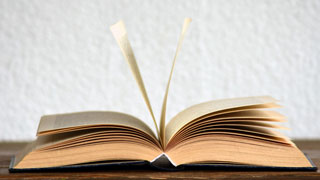 Like any industry, networking has a proprietary slew of acronyms and jargon that only insiders understand. Look no further than Network World’s searchable glossary of wireless terms.

Turns out, multiplexing has nothing to do with going to the movies at a place with more than one theater.

I also like to think that each networker has their own favorite list of terms, ready to share at a moment’s notice during family dinners, holidays and networking events … or maybe that’s just me?

In any case, networking can easily sound like a foreign language, and translating the ins and outs of complex technology for the general public is what this blog is all about. Affectionately called the “made-up” words of networking, here are a few of my favorite terms, and why they matter for our hyper-connected world.

This joke practically writes itself. Envelope tracking is not a new service from the United States Postal Service, but an innovative technology for better mobile device battery life. Use of mobile devices and mobile data consumption is increasing drastically around the globe. According to Cisco, monthly global mobile data traffic will reach 49 exabytes by 2021, and annual traffic will exceed half a zettabyte.

Check out ITWorld to learn how big a zettabyte really is.

However, sending all this information is not easy for devices and their RF solutions designed for portability. Higher data rates often mean more power consumption. While yesterday’s power management methods are useful, they aren’t equipped to handle the amount of mobile data shared today.

Envelope tracking is an RF technology that uses data transmission information to make the most efficient use of battery power. Inside a mobile device, power is sent to what is called a “power amplifier,” which increases the power of an RF signal as it is transmitted from a cellphone to a cell tower. Envelope tracking constantly adjusts the amount of power applied to the cellphone’s power amplifier, so it doesn’t have to work as hard and keeps it operating at peak efficiency. The result is less heat, longer battery life, improved signal quality, extended network coverage and this great Qorvo video.

Speaking of jokes that write themselves … FAD, or fully autonomous driving, is the technical term for a vehicle capable of sensing its environment and navigating without human input. It is also commonly referred to as a driverless car, self-driving car or connected car.

FAD offers many advantages, including improved fuel economy, increased safety features, and using travel time for entertainment and work. Autonomy will progressively transform the car into a platform from which occupants can use their transit time for personal activities, which could include the use of novel forms of media and services.

As a techie, I appreciate the FAD. But as a gearhead, I hope they’ll let me keep my muscle cars.

Millimeter wave: What ants surf on

According to the Network World glossary, “Millimeter waves are the portion of the electromagnetic spectrum from 30 GHz to 300 GHz. These are much more directional than microwaves, but, thanks to advances in electronics, are increasingly being applied (up to around 90 GHz., anyway) in fixed and an increasing number of mobile applications as well. Once requiring exotic and expensive electronic technologies, millimeter waves can now be generated with inexpensive electronic components, increasing their availability, reliability and utilization.”

There’s been quite a kerfuffle over how to abbreviate millimeter wave. Today, you’ll see mmW or mmWave, and MMW and MMWAVE (for fans of the Caps Lock key), among others. Follow your heart, but here we’ll use mmW.

mmW is most relevant for wireless infrastructure applications. Higher frequency mmW bands are expected to expand network capacity and support 5G speeds of up to 10Gbps. These mmW bands operate over shorter ranges than lower frequency bands, meaning we can use them for residential and commercial deployments of applications like small cells.

I share this favorite made-up word with the world’s greatest gadget tech reviewer, Keith Shaw, who wrote on Network World earlier this year: “The only thing techies love more than creating acronyms is the chance to create even longer ones.”

Wi-Fi was initially one-to-one – a single stream, with a single user communicating to a router. Anyone with roommates or family members under the same roof knows this is no longer the case, and so we have MU-MIMO. MU-MIMO stands for multi-user, multiple input, multiple output, and is designed for situations where multiple users are connecting to a single router at the same time. It has spawned routers that look like something out of Men in Black.

Seriously, look it up.

Keith notes that MU-MIMO technologies are expanding with the rollout of 802.11ax, the next evolution of the 802.11 Wi-Fi standard. Under 802.11ax and the next generation of Wi-Fi, multiple users can upload and download files with better throughput and 25 percent higher capacity than the current Wi-Fi standard, 802.11ac.

Networking can be complicated. But keep these made-up words in your back pocket, and you’ll have an easier time answering the proverbial question, “So, what do you do for work, again?”