Tesla’s “Maximum Plaid” speed mode rockets its new Roadster from 0-60 in 1.9 seconds. If you think that’s fast, go ahead and Google “5G.”

5G is Plaid for cellular networking – a next-generation mobile network that promises not only ten-times the available spectrum, for ten-times the download speeds, but across ten-times the devices and with a fraction of the latency.

The move from 1Gbps to 10Gbps speeds will support bandwidth-intensive applications like high-definition video and virtual reality, and near real-time connections will enable ultra-low latency applications like autonomous cars, remote surgery and specialized applications within the Internet of Things (IoT).

5G is impressive, but – spoiler alert – it isn’t entirely new. The road to 5G runs through 4G wireless infrastructure, and improvements to 4G technologies like carrier aggregation, small cells, massive multiple-input and multiple-output (MIMO) and beamforming will satisfy our need for 5G speed. 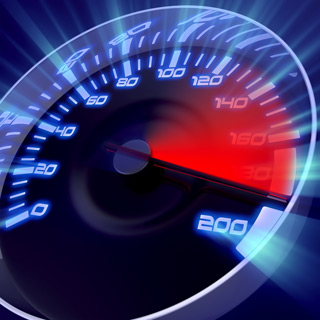 IDC forecasts that by 2025 the global datasphere will grow to 163 zettabytes. For the folks at home, that’s 163 trillion gigabytes. Much of this will be mobile data, transmitted in real-time between phones and IoT devices.

As demand for mobile data increases, mobile carriers and manufacturers face a conundrum. There is a finite amount of radio frequency spectrum at any given time, but they must increase capacity and offer faster data speeds to meet user demand. The key is squeezing the most out of existing RF spectrum – and for that, there’s carrier aggregation (CA).

CA is already used to combine multiple 4G LTE-Advanced frequency bands. As we approach 5G, cellular service providers will seek to squeeze even more bandwidth out of existing spectrum by combining as many as five channels.

Cellular base stations connected to cell towers carry signals over the river and through the woods to the dinner table at grandma’s house. Because 5G builds on the 4G foundation, carriers can simply upgrade these towers to support higher 5G frequencies, like 28GHz and 39GHz.

But there’s a catch. These millimeter wave (mmWave) frequencies cannot penetrate walls or buildings. Thick walls, frame and cement impede mmWave signals, turning downtown into a dead zone. Plus, being far from a base station is a drag – on your battery life, that is.

We’re not talking an antenna or two. Massive MIMO systems have ten times more antennas than traditional MIMO systems to connect to multiple devices at once. At Mobile World Congress this year, Nokia and Sprint demonstrated massive MIMO technology with 64 antennas each for uplink and downlink. According to CIO, this increased capacity by as much as eight times for downloads and as much as five times for uploads.

Massive MIMO has been called the backbone of 5G. Without it, operators could not handle the bandwidth and capacity requirements for the next-generation network. Tiny antennas, massive impact.

Enter beamforming, and no, that’s not a teleporter. Beamforming technology drives signals directly to the point of use. We see this with many new Wi-Fi routers, where beamforming is used to focus the Wi-Fi signal and improve signal strength and range.

Beamforming is used similiarly in base stations. With this technology, base station antennas focus data streams as they leave the tower, improving speed and reliability for consumer devices.

So, whether you’re video chatting across the country or sharing cat memes across the table, take a moment to thank these 4G technologies for the speed.

Oh, and buckle your seatbelts. We’re going to Plaid.