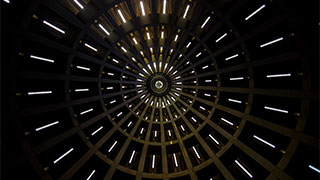 The Shannon-Hartley theorem expresses “the maximum rate at which information can be transmitted over a communications channel of a specified bandwidth in the presence of noise.”

Translation: wireless data can only travel so fast. But if data rates are finite, how can we support the rollout of Gigabit LTE, and one billion new 5G connections by 2025?

Over the next few years, wireless connections will become ubiquitous – not only in our phones, tablets and PCs – but in our home, car and cities, thanks to an unglamorous and often-forgotten RF enabler: the antenna. Far from the laughably chunky antennas of early mobile phones, today’s nearly-invisible antenna systems make high-speed networking possible. They’re evolving as new wireless technologies emerge to satisfy our demand for content on the move.

The anatomy of an antenna

See, “I See Dead Zones” and my wife running to the kitchen window for cell service.

The antenna itself is a commodity, a strip of metal embedded within printed circuit boards in a device. Antenna tuning is where the magic happens…

...put on your propeller hats, and keep all hands, arms and legs inside the vehicle.

When there’s more than one antenna involved, RF engineers need them to perform in unison. This is called impedance matching, requiring adjacent antennas to transmit and receive at the same level. Again, this optimizes performance and efficiency for networking.

When choosing antennas, device manufacturers must account for constantly evolving challenges like increasing frequency bands, thinner metal cases and new ways users interact with their devices. Maximizing the efficiency of antenna solutions is critical for maximizing battery life and delivering the fast user experience we’ve all come to expect.

Regardless of device, the overall trend is toward more antennas to meet increasing data demands. This explains why the latest Wi-Fi routers look like alien spawn, with a catawampus array of eight antennas. But antennae aren’t always visible … the average smartphone includes two to four antennas, while the newest bezel-less smartphones integrate four to seven.

This trend plays out across all types of networking, including cellular, automotive and Wi-Fi.

Each new smartphone presents a unique set of challenges for antennas. Antennas typically sit near the earpiece and mouthpiece of the phone. Metal frames, edge-to-edge screens and limited antenna real estate make network connections in a smartphone a daunting challenge. Manufacturers must embed antennas carefully and make sure they’re operating efficiently through methods such as antenna and impedance tuning.

Adding to the complexity is a proliferation of frequency bands. Mobile carriers and manufacturers are using a technique called carrier aggregation to combine multiple frequency bands – or “carriers” – to increase network performance, requiring antennas to operate across multiple bands at the same time.

To address demand for metal phone cases, edge-to-edge screens and thinner devices, we’re starting to see “antenna-plexer” technology that enables more bands or radio standards with a given number of antennas. Look for additional innovation in this space, as the industry seeks to fit high-performance antenna technology into smaller and smaller packages. 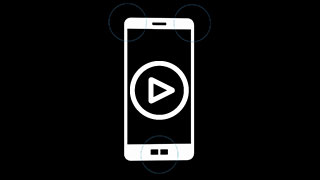 Antenna innovation has made its way into automobiles too. Automotive connectivity spans GPS satellite navigation, digital satellite radio, Wi-Fi, cellular 4G LTE connections, all routed through – you guessed it – antennas.

Most automotive antennas sit in the shark fin on the roof. As with cellular antennas, the goal is always to balance network reception and performance with design and style. Antenna technology is especially important in the era of the autonomous vehicle, where low latency is a must-have to keep self-driving cars from becoming bumper cars.

That’s a rather complicated term for “more antennas.”

MU-MIMO involves equipping internet routers with more antennas to extend network capacity in the home, without requiring more spectrum. This approach is similar to massive MIMO, where network operators add ten-times the normal number of antennas to a cell tower.

Both are typically combined with beamforming technology, which drives signals directly to the point of use. Beamforming focuses the Wi-Fi signal from the antenna directly to the device to improve signal strength and range. 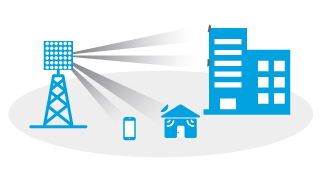 Antennas truly are the tiny, unsung heroes of wireless networking. Whether you’re at home, in the car, or walking around with a phone in your pocket, it’s antennas that keep you connected.